The breath of work, high level of creativity, and technical prowess showcased in the following selection of international projects prove that the tenets of good design hold true no matter the project brief or location. 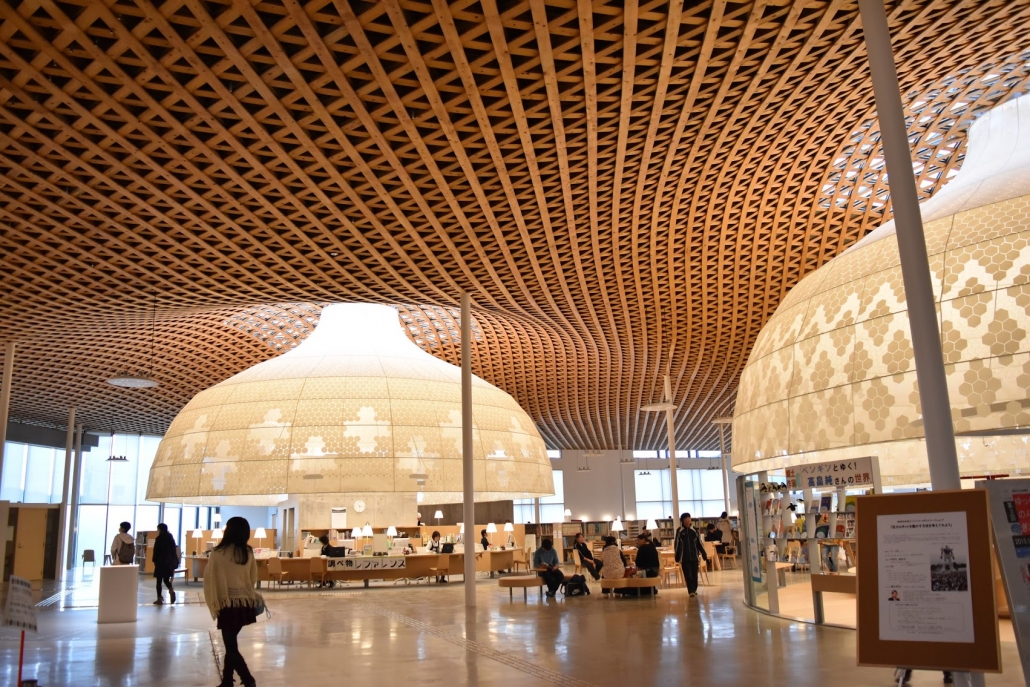 The dynamic architectural forms of Pritzker Prize–winning architect Toyo Ito meet dynamic lighting solutions in this facility, which houses a library, gallery, multipurpose hall, and community center. Lighting Planners Associates developed the electric lighting in response to daylighting studies by Arup and a brief to reduce energy consumption by 50 percent. In the skylit reading room, umbrella-shaped “globes,” each with their own textile pattern, hang from the timber ceiling to create spaces for reading, writing, and lounging. Sensors drive ambient lighting and tasklighting on cloudy days. —E.D.

At the first-ever retail store for Bolon Eyewear, China’s largest eyeglasses manufacturer, lighting designer Gerd Pfarré partnered with Stuttgart, Germany–based Ippolito Fleitz Group to create a customized, sculptural display wall. Dozens of horizontal and vertical panels, which the designers dubbed “display fins,” are lit from behind and above. Each horizontal fin holds a model in the retailer’s line, each floating on its own mini stage. Key to achieving the dramatic visual effect was ensuring that no light from the ceiling hit the vertical surfaces. Instead, LED downlights in the ceiling aim straight down to the floor, creating an evenly distributed glow on the white marble, which is then reflected on the gold-toned ceiling above. —E.E.D. 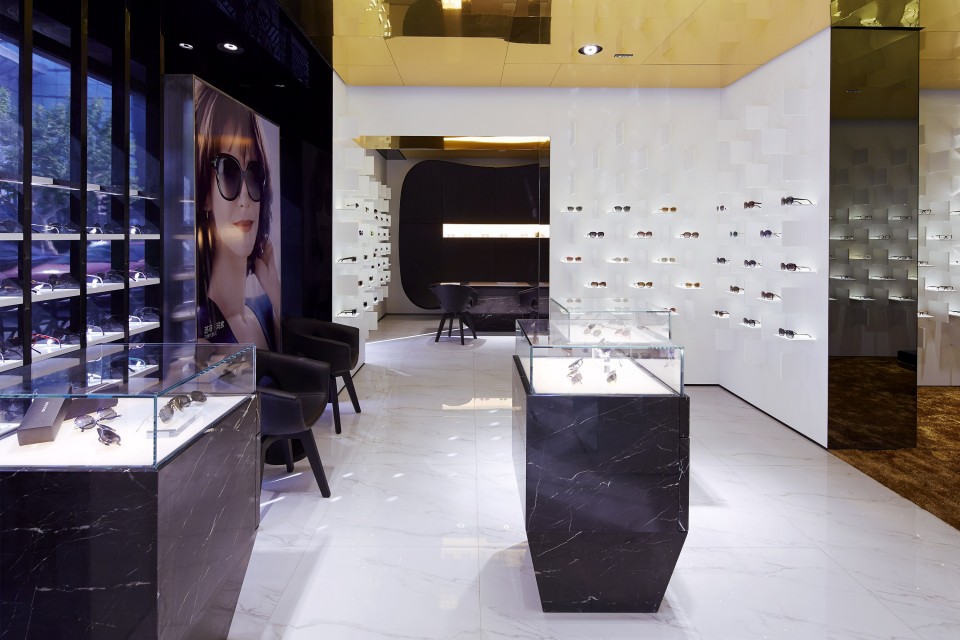 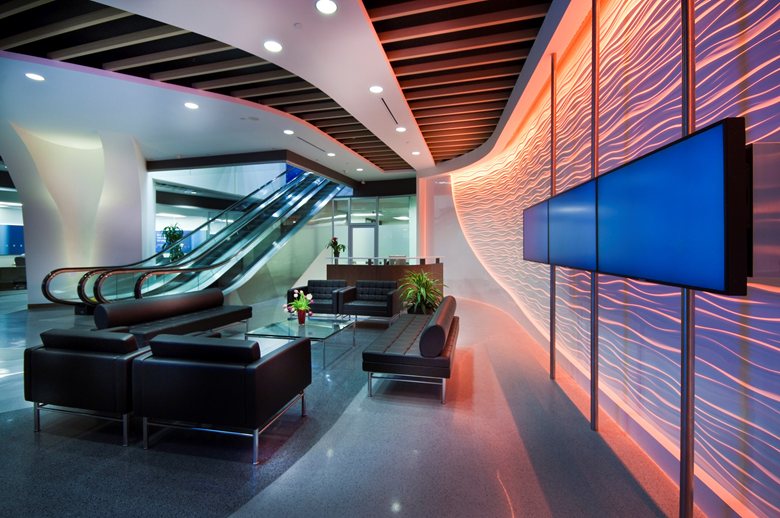 3500K was selected as the color temperature for all the fixtures to support the bank’s blue corporate color scheme and the material palette that includes warm wood tones.

With the redesign of its corporate identity and its flagship branch in Toronto’s busy Financial District, the Bank of Montreal aimed to elevate customer experience to one where transparency, service, and simplicity took priority. Lightbrigade helped transform the 26,000-square-foot space, which consists of a main floor with a mezzanine. Using the existing architectural 10-foot-by-10-foot grid and the 27-foot-high ceiling, Lightbrigade replaced the existing system of louvers suspended below fluorescent troffers with surface-mounted linear LEDs that have continuous illuminated intersections. The selection of 3500K as the color temperature throughout supported the bank’s blue corporate color scheme. The branch now presents a vibrant face to the surrounding city. —E.E.D.

For the LWL—Museum of Art and Culture’s renovation and addition, lighting design firm Licht Kunst Licht has created a scheme where light defines the architecture. Both the original structure, which dates to 1908, and the addition are organized around a series of courtyards. The three-story foyer in the new addition features a glazed skylight with a membrane ceiling below, so whether the sky is sunny or overcast, visitors have a connection to the outside as light and shadow render the interior. A custom lighting solution for the galleries employs a perimeter band of ceiling panels backlit with fluorescent fixtures. Throughout, the designers have integrated both natural and electric light to create a luminous environment for viewing art. —E.D 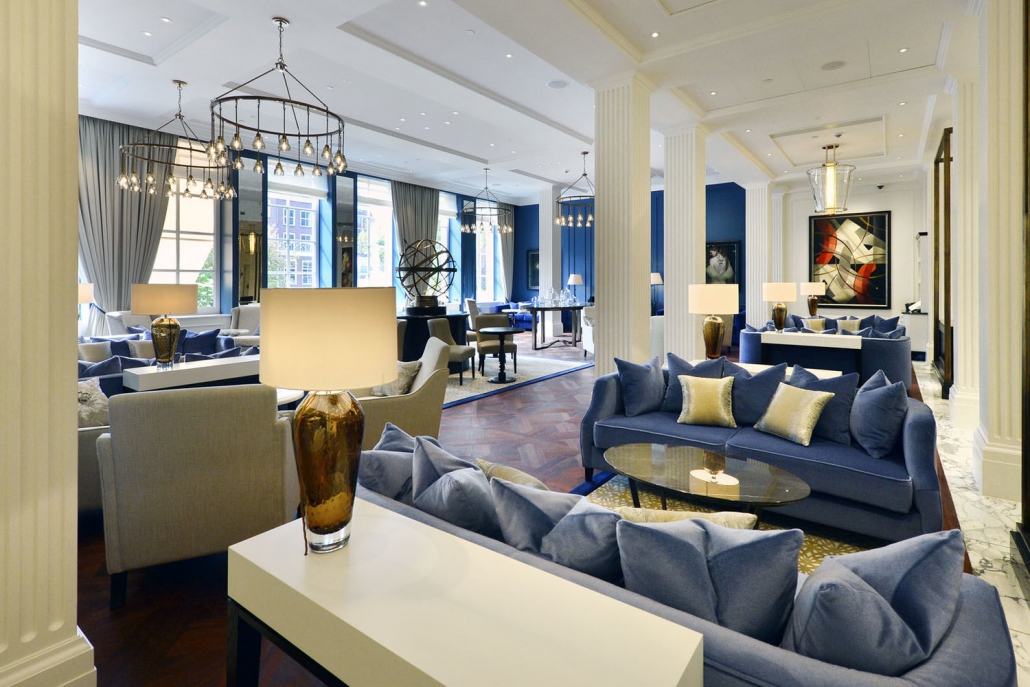 The Waldorf Astoria Amsterdam is housed in a collection of six 17th- and 18th-century palaces on the Herengracht Canal that were given a sensitive and understated renovation. The lighting follows suit with a scheme that embellishes the historic architecture with layers of discreetly concealed luminaires and fixtures sympathetic to the period. An intelligent control system activates the lighting with themes designed to respond to the drastically variable sunlight that reaches northern Europe throughout the year, as well as with a variety of evening presets. This combination of high-tech and historical sensitivity keeps the project firmly rooted in its elegant Amsterdam context while placing it on par with the most advanced of international hotels. —A.S.